These drawings are based on mid eighteenth century livestock paintings by the likes of Thomas Weaver of Shrewsbury. During this period of rapid population growth, selective breeding of cattle became increasingly prevalent. Alison Hilton of the Museum of English Rural Life explains, "Methods of livestock improvements included the shortening of the period between birth and maturity for meat-producing animals. Flesh was redistributed upon the most edible parts of the body, and the weight of the animal carcass was increased. Farmers developed a number of pioneering ways to achieve these adaptations. The in-breeding and line-breeding of cattle allowed the most desirable qualities to be selected, and fixed, by mating within a single breed. Out-crossing cattle allowed for new qualities to be sought across various breeds, and fixed in one new breed by mating. The latter could also include the import and use of animals from overseas on British stock.
Livestock portraiture developed as a sub genre of sporting paintings and conversation piece paintings. Paintings were commissioned by the pioneers of agricultural breeding such as Thomas Coke of Holkham and depicted prize winning animals and specimens painted to show off their corpulence and emphasise the effects of 'improved' breeding. 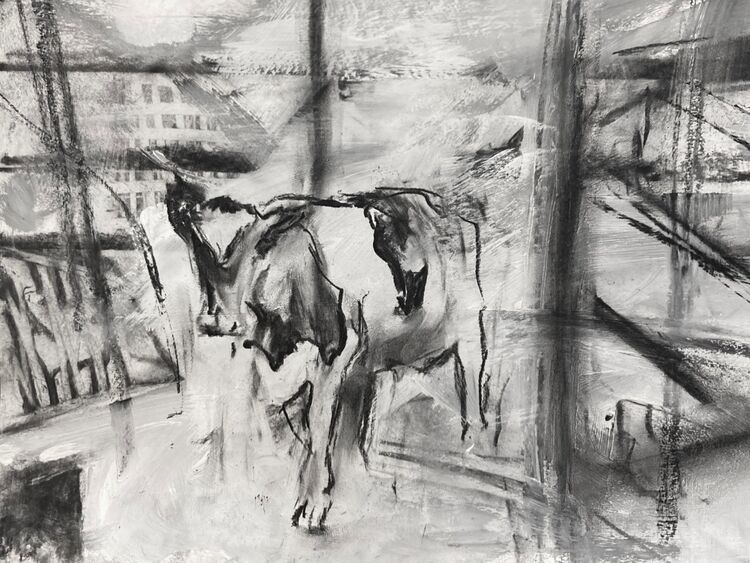